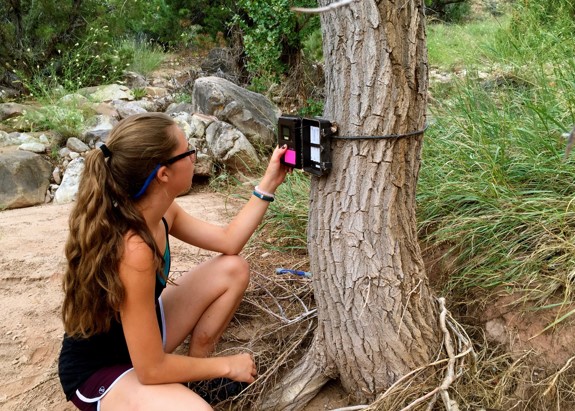 The camera trap project will generate data to begin a long-term study of mammal presence which is important to the continued conservation of riparian and desert habitat in southeastern Utah. A camera trap consists of a motion sensor-activated high resolution digital camera, placed in a context where animals may pass by as part of their normal behavior. This equipment will be used for future field seasons creating a long-term study and provide university students with valuable experience in wildlife biology and conservation ecology. This survey will create a comprehensive vertebrate species list for the RMC and provide information on relative abundance, density and habitat preferences of local wildlife. This study is important because the Bonderman Field Station at Rio Mesa is a large area with limited human disturbance, making it an ideal study area for acquiring data of animal density and abundance in a natural setting. 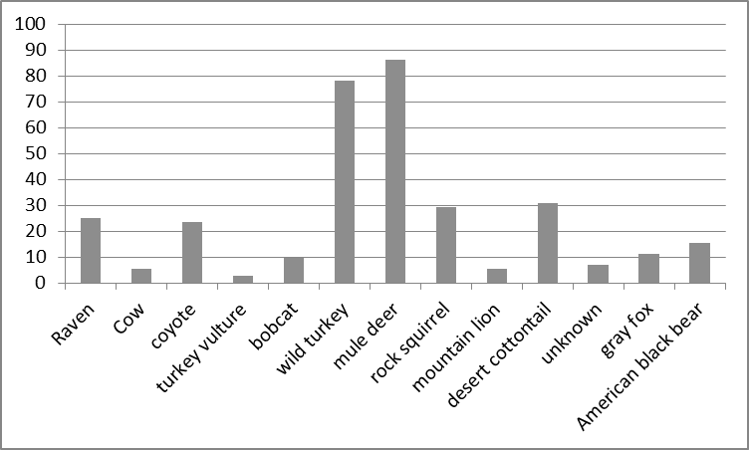 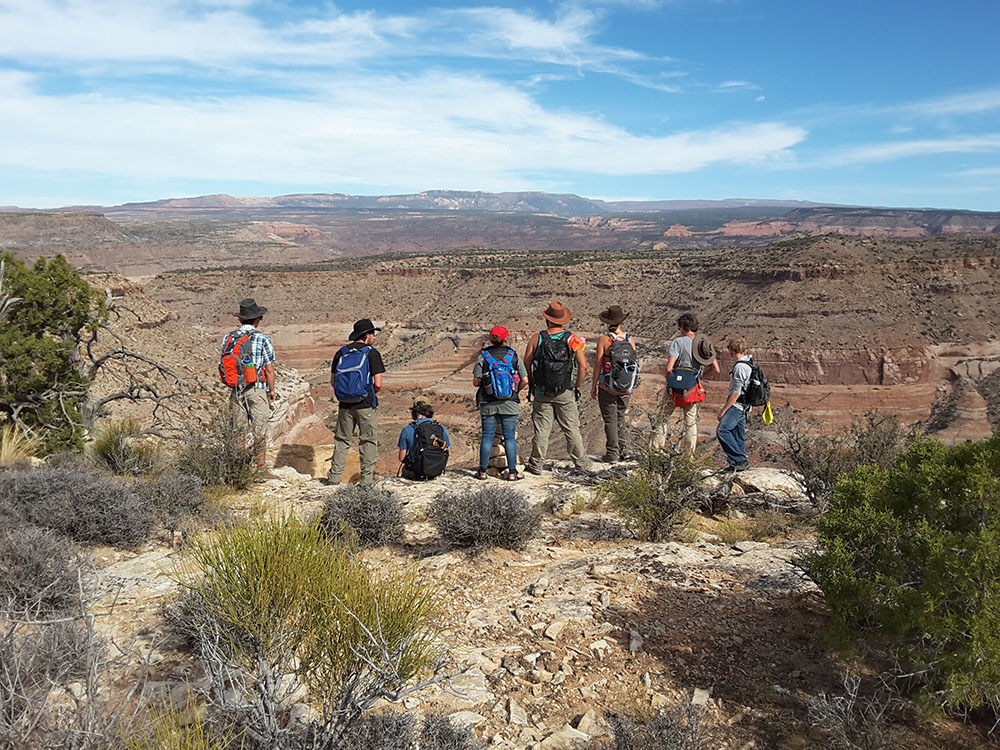 The acquisition and transport costs of material for the manufacturing of flaked stone tools are incredibly high. However, despite these costs many archaeological sites located far from lithic procurement areas contain many decortication (primary reduction) waste flakes. One explanation for this phenomena is the use of primary reductions as expedient blade tools. While this theory is generally accepted, the practice of expedient tool use has not been quantified. This study aims to quantify spatial patterns of use wear by demonstrating the relative decrease of high transport cost primary reductions and the relative increase of use wear evidence with increased distance from a lithic source. This is achieved through an artifact inventory and analysis of several archaeological sites in the Lower Dolores River Watershed Area in south-eastern Utah. 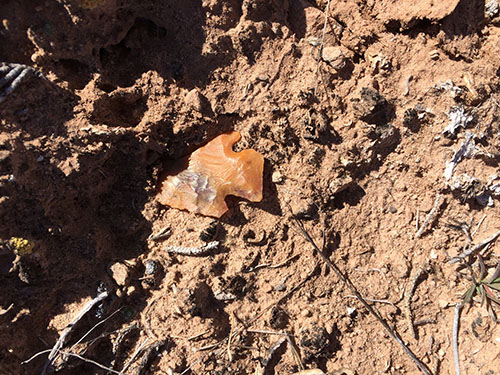 Fieldwork for this project is currently underway. For more information about this project, contact Brock James. For some images relating to archaeological projects near Rio Mesa, see the Archaeology Image Gallery (coming soon). 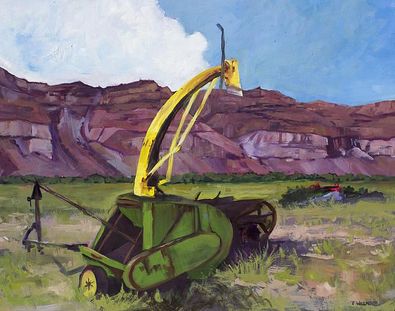 Willmore is a writer and a philosopher as well as a painter, and uses visual metaphor and the written word to help him map the reality of everyday situations. He uses the relationship between what is seen in the landscape and what is understood with the word to create visual and conceptual metaphors. His work in this series is a product of a yearlong research project at the University of Utah’s Rio Mesa Research Center, just outside of Moab. He states that his experience there was an attempt to create images where “landscape becomes symbolic of life’s journey and nature becomes representational of greater spiritual influence.  It is an attempt to explore the balance outward and internal contextual perspectives as they pertain to the landscape.”

For more about Tyler's work, includig to browse and purchase his work, visit his website.